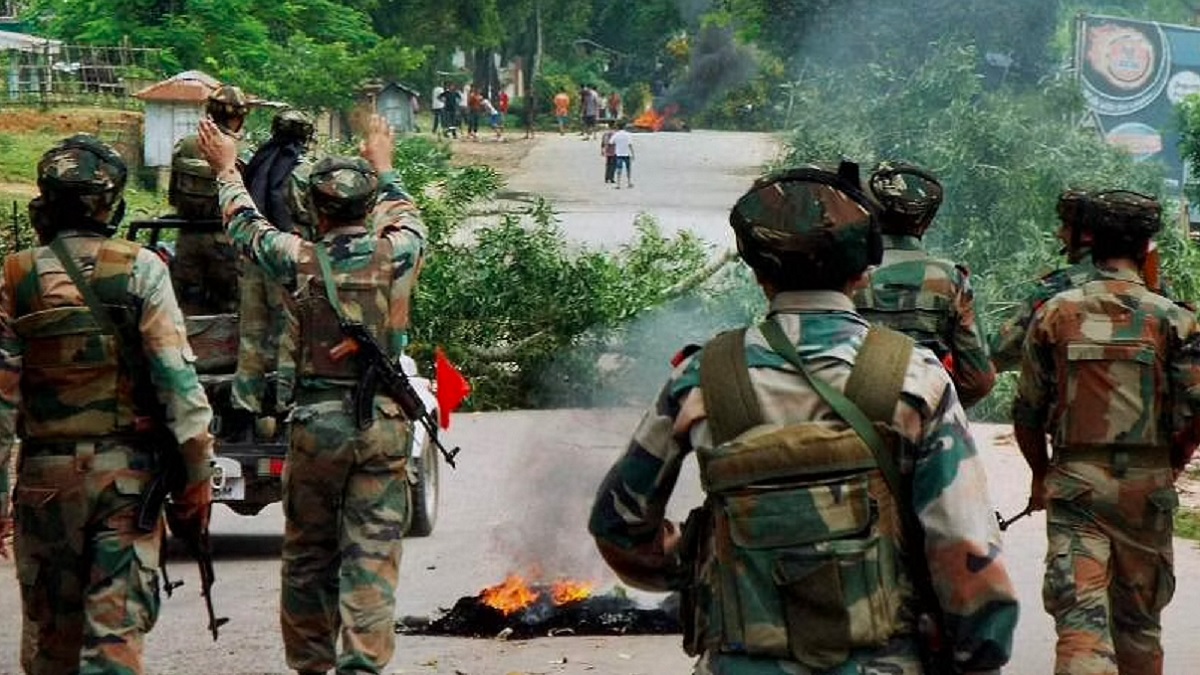 AFSPA in India: The central government has decided to reduce disturbed areas under Armed Forces Special Powers Act (AFSPA) in Nagaland, Assam and Manipur after decades. This was informed by Union Home Minister Amit Shah on March 31, 2022.

The Home Minister tweeted informing that the government has decided to reduce disturbed areas under Armed Forces Special Powers Act (AFSPA) in the states of Nagaland, Assam and Manipur after decades.

In a significant step, GoI under the decisive leadership of PM Shri @NarendraModi Ji has decided to reduce disturbed areas under Armed Forces Special Powers Act (AFSPA) in the states of Nagaland, Assam and Manipur after decades.

Amit Shah tweeted, “Thanks to PM @NarendraModi Ji’s unwavering commitment, our North-Eastern region, which was neglected for decades is now witnessing a new era of peace, prosperity and unprecedented development. I congratulate the people of North East on this momentous occasion.”

Shah said that the reduction in areas under AFSPA is a result of the improved security situation and fast-tracked development due to the consistent efforts and several agreements to end insurgency and bring lasting peace in North East by PM Modi.

Reduction in areas under AFSPA is a result of the improved security situation and fast-tracked development due to the consistent efforts and several agreements to end insurgency and bring lasting peace in North East by PM @narendramodi government.

AFSPA areas to be reduced in Nagaland, Assam and Manipur: Key Details

The decision will result in considerable reduction in areas under AFSPA in Assam, Nagaland and Manipur from April 1,2022. The officials, however clarified that AFSPA has not been completely removed.

The disturbed area notification has been in force in the whole of Assam since 1990. Now, AFPSA will be completely removed from 23 districts of Assam and partially from one district with effect from April 1st.

The AFSPA has been in force in the whole of Manipur except the Imphal Municipality area since 2004. Now, 15 police stations of six districts will be excluded from AFSPA Act with effect from April 1st.

AFSPA has been in force in the whole of Nagaland since 1995. The centre has now accepted the recommendation of a committee constituted in this regard to remove AFSPA from the state in a phased manner. AFSPA will be removed from 15 police stations in 7 districts in Nagaland from April 1st.

What is the full form of AFSPA?

The Armed Forces (Special Powers) Act, 1958 grants special powers to the Indian Armed Forces to maintain public order in “disturbed areas”. Under the Disturbed Areas (Special Courts) Act, 1976, an area that is once declared as ‘disturbed’, has to maintain the status quo for at least 6 months.

AFSPA Act: What special powers does it give to Armed Forces?

The AFSPA act empowers security forces to conduct operations anywhere and arrest anyone without any prior warrant. The act gives the security forces a certain level of immunity in case of an operation gone wrong.

Section 4 of AFSPA Act 1958 accords special powers to the armed forces, authorising the security forces to arrest anyone without a warrant, open fire, enter and search any property without any warrant.

Section 6 of AFSPA Act grants immunity to the security forces from prosecution or any other legal proceedings.

How many states in India have AFSPA?

AFSPA is currently in force in Assam, Nagaland, Manipur, some areas of Arunachal Pradesh (Changlang, Longding and Tirap districts and areas falling within the jurisdiction of the eight police stations bordering Assam) and Jammu and Kashmir.

The Armed Forces (Special Powers) Act, 1958 had also been withdrawn from Mizoram.

The central government had enacted the AFSPA Act in the whole of Punjab and Chandigarh on October 15, 1983. The act was withdrawn in 1997, almost 14 years after it came to force.

AFSPA in Jammu and Kashmir

AFSPA was enforced in Jammu and Kashmir in September 1990 and has been in force since them.

The Assam government on March 1, 2022 extended the Armed Forces (Special Powers) Act, 1958 (AFSPA) in the entire state for six more months with effect from February 28, 2022. The AFSPA has been extended in the state every six months since 1990 after a review by the state government.

The Nagaland Cabinet had recommended repealing of the AFSPA Act in the state after an incident in Mon district in which security forces gunned down 14 civilians. Nagaland Chief Minister Neiphiu Rio had called for a repeal of AFSPA in their respective states.