So you have been assigned ‘The Tempest’ for English and are having difficulty wrapping your head around all the Shakespearean English, characters and the plot. We are going to walk you through a summary, the key characters, the context, themes explores and an analysis of The Tempest — it’ll be jam-packed!

To give you some other useful resources, we’ve got a TEE table and a sample paragraph that you can download for reference.

Key Characters in The Tempest

Context of The Tempest

Themes Explored in The Tempest

Analysis of The Tempest

Studying this Text for the HSC

Summary of The Tempest

The Tempest opens with a ship sailing through a tempest (a storm) that eventually ends up shipwrecked upon a little island. Upon the ship is the royal party, carrying Alonso, Ferdinand, Sebastian and Antonio who are travelling home from a wedding. In the next scene, we find ourselves on the island where we meet the Duke of Milan and sorcerer Prospero alongside his kind daughter, Miranda. In this scene, Prospero tells Miranda about how his brother, Antonio and the King of Naples, Alonso usurped his position and left them

We then find out about Prospero’s plan for revenge and why he used his magic to create the tempest and cause the survivors to be shipwrecked on the island.

Ariel is a spirit captive to Prospero who helped to wreck the ship on the island and separate the travellers. He is promised freedom if he helps Prospero with his tasks.

Additionally, Caliban is another servant who serves Prospero and Miranda. Instead of obeying, he teams up with Stephano and Trinculo to rebel against Prospero. All the while, Ferdinand and Miranda fall in love. Prospero, worried about how quickly their relationship is developing, accuses Ferdinand of pretending to be the Prince of Naples and puts him to work hauling wood, during which Miranda proposes and Ferdinand accepts.

Alonso, Sebastian, Antonio and Gonzalo are in another part of the island, worried about where Ferdinand is. While travelling through the island with Alonso, the King of Naples, Sebastian and Antonio plan to kill Alonso so that Antonio can become king.

Miranda and Ferdinand’s marriage reunites the estranged brothers and the conflict is resolved. The play ends with Prospero delivering an epilogue to the audience.

Like many other Shakespearean plays, The Tempest contains a series of subplots that can be hard to keep track of. So it is good to keep a little table of the characters’ relationships with each other.

Key Characters in The Tempest

The Duke of Milan who had been usurped by his brother Antonio and sent to sea on a boat to die. He is a sorcerer and throughout the play we see him use magic so that he is able to control events happening on the island.

Prospero’s daughter and the only female character that appears on stage in The Tempest. She is portrayed as a kind woman who is innocent and naive.

During the play, Miranda falls in love with Ferdinand and marries him at the end of the play.

A spirit who was imprisoned in a tree before Prospero arrived. Prospero freed him and as such, Ariel is bound to him. Ariel possesses a lot of magical power and Prospero relies on him to stage his revenge.

A slave who is often referred to as a ‘monster’ and with distaste by other characters. While he is portrayed as a savage, Caliban is a particularly interesting character to study as he insists that Prospero had stolen the island from him.

It mirrors Colonisation during the Age of Exploration, thus while Caliban may be an unlikeable character we still empathise with him and understand. He is a good choice to analyse if you are interested in looking at a critique of enslavement and European colonisation.

Other Characters in The Tempest

Antonio: Prospero’s brother who betrayed him, usurping the Duke of Milan

Context of The Tempest

Shakespeare’s The Tempest was written around 1610-1611 and is thought to be one of the last plays that he wrote alone.

The Age of Exploration

The 1600s is the Age of Exploration and the start of Colonisation and discovery of the New World, like the Americas and India. Travellers return to Europe with stories and myths about these new countries.

Prospero and Miranda’s island is often referred to as the ‘Green World’ — a place with infinite possibilities where all ideas can be played out. Caliban has often been analysed as a critique of colonialism due to his enslavement and often being cast as a Black person.

The power relation between Prospero, who enslaves Caliban, and Caliban’s subsequent resentment alludes to the morality of colonialism during this time.

The Tempest was performed to celebrate the marriage of King James’ daughter Elizabeth. Thus, Prospero and Miranda are often analysed as allegories of King James and Elizabeth herself.

Following a period of uncertainty, King James ruled England through fear and power. This is reflected in Prospero who acts in a Machiavellian way at times, in the way he rules the island and treats Caliban.

The Tempest can also be read as a warning for those in power to ensure that they ruled for the people, and not for power itself.

Themes Explored in The Tempest

There are many themes within The Tempest that can be used to help you craft your thesis or topic sentences in your paragraphs. These include:

Power is a predominant theme throughout the play and can be studied through the various relationships between characters in The Tempest.

Ariel and Prospero’s relationship is portrayed as one of servant and master. At Ariel’s introduction, we find out that Prospero had freed him meaning that Ariel has a debt causing him to serve Prospero.

However, at several points throughout the play, we find out that Ariel may be more powerful than Prospero and he is crucial to Prospero’s plans for revenge suggesting that Prospero may need him more within the relationship.

Thus, when looking at the theme of power, it is worth questioning who has actual power within a relationship and who only has the illusion of power!

The relationship between Miranda and Prospero with Caliban is interesting to study and analyse as a critique of European Colonisation during the Age of Exploration.

The island is commonly referred to as the ‘Green World’, a place where any possibility can be played out — like how British explorers would often view the countries they had discovered.

Caliban is portrayed as savage where Miranda describes him as “a thing most brutish”, mirroring European attitudes towards other cultures who they viewed as less civilised.

Crafting Your Analysis of The Tempest: How to Analyse the Text in 3 Steps

Typically, when students try to write their essay, they’ll try to work on their thesis first when responding to an essay question. However, we recommend starting with your analysis!

This will allow you to expand your knowledge of the text before extensively answering anything about it. Once you’ve analysed your text, then you can draw ideas from it and properly build your thesis.

We’re going to walk you through writing up an analysis for The Tempest in three simple steps!

When picking an example ensure that you are able to identify a technique in the text. You want to find a technique that has greater meaning within the text.

Here, we’ve chosen to look at Prospero’s vengeance after successfully causing the ship to wreck upon their island:

Ensure that the technique you choose for your quote supports your analysis or can help you to build your argument.

To enhance your response, you want to discuss techniques that help to explain your thesis or idea — you should keep an eye out for any metaphors, similes, figurative language, symbolism, and recurring motifs!

For the above quote, there is the personification of Fortune and Fortune is also used as an allegory for Miranda.

When writing the analysis, focus on the effect of the technique and how it supports your argument.

The personification of Fortune alludes to Prospero’s Machiavellian tendencies — not only does he view Caliban and Ariel as servants for his use, he also views fortune in the same way which is further enforced by the possessive pronoun “my”.

Additionally, Miranda is used as a tool for revenge as her marriage to Ferdinand enables Prospero to guarantee his power and take back his rightful place as the Duke of Milan. Combining all of this together, an analysis will look something like this:

Through the shipwreck, Prospero has the opportunity to gain revenge on his usurpers through “bountiful Fortune, Now my dear lady, hath mine enemies” where the personification of “Fortune” reveals that Prospero views Miranda as a means of gaining revenge whilst also indicating how much he loves and treasures his daughter.

For a deeper analysis of The Tempest, check out our sample paragraph and analysed textual examples below:

Studying this text for HSC Module A: Textual Conversations

If you are studying this text for HSC English Module A: Textual Conversations, we’ll show you how you can connect a few of the syllabus dot points to your analysis.

Prospero is betrayed by his brother Antonio prior to the start of the play and he tries to assert his revenge by restoring himself to power. However, there are various power relations within the play so while Prospero may portray himself as a victim, we can also see how he is a perpetrator in his relationship with Caliban and Ariel.

The Wedding Masque serves as a play within a play. The metadrama contributes to the allegories found within the play. It symbolises the climax where Prospero seeks revenge against his usurpers and regain his rightful position as Duke of Milan.

By marrying Miranda to Ferdinand the Prince of Naples, Prospero secures his power and legacy through a political marriage. Although Miranda may be seen as a pawn in Prospero’s time, it may also be possible to view Miranda as being equally cunning. While Prospero utilises Miranda to gain power, Miranda utilises her marriage to Ferdinand to gain freedom. Depending on what you want to argue, it can be possible to characterise Miranda as a passive daughter or a cunning young woman seeking to secure her freedom.

Are you looking for some extra help with your analysis of The Tempest?

We have an incredible team of tutors and mentors!

We can help you master your analysis of The Tempest by taking you through the summary, context, key characters and themes. We’ll also help you ace your upcoming English assessments with personalised lessons conducted one-on-one in your home or online!

Tiffany Fong is currently completing a double degree in Media and Communications with Law at Macquarie University. She currently contributes to the university zine, Grapeshot where she enjoys writing feature articles, commentary on current affairs or whatever weird interest that has taken over her mind during that month. During her spare time, Tiffany enjoys reading, writing, taking care of her plants or cuddling with her two dogs. 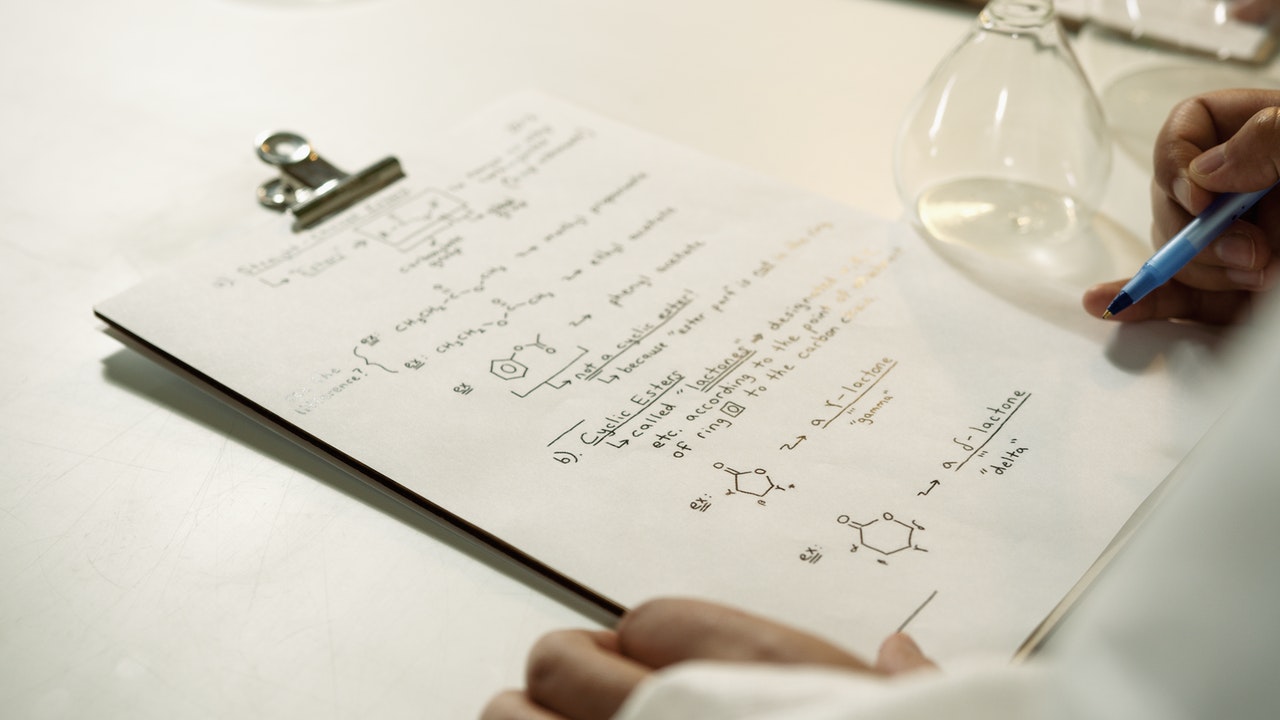 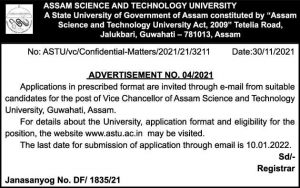