Got an essay to write on The Book Thief, but aren’t too sure about which quotes you should analyse?

Don’t stress! We’ve gathered 50 quotes and categorised them across 4 different themes to help with your analysis.

Words and Books Quotes from The Book Thief

#12: “I have hated words and I have loved them, and I hope I have made them right.

#13: “When she came to write her story, she would wonder when the books and the words started to mean not just something, but everything”

#14: “Once, words had rendered Liesel useless but now… she felt an innate sense of power. It happened every time she deciphered a new word or pieced together a sentence.”

#15: “Now she became spiteful. More spiteful and evil than she thought herself capable. The injury of words. Yes, the brutality of words.”

#16: “The Führer decided that he would rule the world with words”

#17: The words. Why did they have to exist? Without them, there wouldn’t be any of this. Without words, the Führer was nothing”

#18: “Hermann… gave her a reason to write her own words, to see that words had also brought her to life”

#20: “There were few luxuries in the Huberman household, but there was an oversupply of paint, and it became more than useful for Liesel’s learning. Papa would say a word and the girl would have to spell it aloud and then paint it on the wall, as long as she got it right. After a month, the wall was recoated. A fresh cement page.”

#21: “The heat was still strong enough to warm her when she stood at the foot of the ash heap. When she reached her hand in, she was bitten, but on the second attempt, she made sure she was fast enough. She latched on to the closest of the books. It was hot, but it was also wet, burned only at the edges, but otherwise unhurt.”

#22: “Books everywhere! Each wall was armed with overcrowded yet immaculate shelving. It was barely possible to see the paintwork. There were all different sizes and styles of lettering, in the spines of the black, the red, the gray, the every-colored books. It was one of the most beautiful things Liesel Meminger had ever seen.”

#23: “…she had given permission for Liesel to pull one out and go through it, which led to another and another, until up to half a dozen books were stuck to her, either clutched beneath her arm or among the pile that was climbing higher in her remaining hand.”

#24: “He smiled weakly. “All the best for your birthday…. I didn’t know, or else I could have given you something.” A blatant lie—he had nothing to give, except maybe Mein Kampf, and there was no way he’d give such propaganda to a young German girl”

#25: “Finding a newspaper was a good day. If it was a paper in which the crossword wasn’t done, it was a great day. She would make her way home, shut the door behind her, and take it down to Max Vandenburg.”

#26: “Every day, Liesel read two chapters of the book. One in the morning before school and one as soon as she came home… she gave The Dream Carrier to Max as if the words alone could nourish him.”

#27: “Liesel opened one of her books and began to read…. The opening paragraph was numb in her ears…. When she turned to page two, it was Rudy who noticed. He paid direct attention to what Liesel was reading, and he tapped his brother and his sister, telling them to do the same…. By page three, everyone was silent but Liesel. She didn’t dare to look up, but she could feel their frightened eyes hanging on to her as she hauled the words in and breathed them out.”

#28: “Or—and as soon as Liesel felt this thought, it filled her with a strange optimism—perhaps it wasn’t the mayor’s library at all; it was hers, Ilsa Hermann’s. She didn’t know why it was so important, but she enjoyed the fact that the roomful of books belonged to the woman.”

#29: “Every night, Liesel made her way down to the basement. She kept the book with her at all times. For hours, she wrote, attempting each night to complete ten pages of her life. There was so much to consider, so many things in danger of being left out.”

#30: “In years to come, he would be a giver of bread, not a stealer – proof again of the contradictory human being. So much good, so much evil. Just add water”

#31: “She was a girl. In Nazi Germany. How fitting that she was discovering the power of words”

#32: “The human child – so much cannier at times than the stupefyingly ponderous adult”

#33: “When Liesel arrived in Molching, she had at least some inkling that she was being saved, but that was not a comfort. If her mother loved her, why leave her here on someone else’s doorstep? … The fact that she knew the answer—if only at the most basic level—seemed beside the point. Her mother was constantly sick and there was never any money to fix her. Liesel knew that. But it didn’t mean she had to accept it…. Nothing changed the fact that she was a lost, skinny child in another foreign place, with more foreign people. Alone.”

#34: “They read through the early hours of morning, circling and writing the words she did not comprehend and turning the pages toward daylight… but she had neither the selflessness to allow him to sleep nor the hide to be offended. She was a girl with a mountain to climb.”

#35: “At first, they entertained thoughts of sharing the fruit at their respective homes, but there was considerable danger in that. They didn’t particularly relish the opportunity of explaining just where the fruit had come from…. Unaccustomed to such luxury, they knew it was likely they’d be sick. They ate anyway.”

#36: ““I won’t leave. If we can’t all go, I don’t go, either.” He was lying. When he was pushed out by the rest of his family, the relief struggled inside him like an obscenity. It was something he didn’t want to feel, but nonetheless, he felt it with such gusto it made him want to throw up. How could he? How could he? But he did.”

#37: “Liesel, if you tell anyone about the man up there, we will all be in big trouble.” He walked the fine line of scaring her into oblivion and soothing her enough to keep her calm.”

#38: “Rudy accepted, and Tommy also joined. It was the one time in his life that his idiotic behavior delivered beneficial results.”

#39: “No soldier had seen her yet, and Max gave her a warning. “You have to let go of me, Liesel.” He even tried to push her away, but the girl was too strong. Max’s starving arms could not sway her, and she walked on….”

#40: “She did not know where she was running, for Himmel Street no longer existed. Everything was new and apocalyptic. Why was the sky red? How could it be snowing? And why did the snowflakes burn her arms?”

#41: “I wanted to tell the book thief many things, about beauty and brutality. But what could I tell her about those things that she didn’t already know?”

Paradox of Humanity Quotes from the Book Thief

#42: “I guess humans like to watch a little destruction. Sand castles, houses of cards, that’s where they begin. Their skills are their capacity to escalate.”

#43: “I will never fire a gun.” he devised. “I will not have to”… his first plan of attack was to plant the words in as many areas of his homeland as possible. He planted them day and night, and cultivated them.”

#44: “Ilsa Hermann had decided to make suffering her triumph. When it refused to let go of her, she succumbed to it. She embraced it.”

#45: “I wanted to explain that I am constantly overestimating and underestimating the human race… I wanted to ask how the same thing could be so ugly and so glorious, and its words and stories so damning and brilliant”

#46: “”Have me,” they said, and there was no stopping them. They were frightened, no question, but they were not afraid of me. It was a fear of messing up and having to face themselves again, and facing the world, and the likes of you.”

#47: “in a flurry of thoughts, a culmination of misery swept over her—the failed recital of The Grave Digger’s Handbook, the demolition of her family, her nightmares, the humiliation of the day—and she crouched in the gutter and wept. It all led here. Rudy stood there, next to her.”

#48: “After delivering the first handfuls of snow, Liesel checked that no one else was outside, then proceeded to take as many buckets and pots out as she could. She filled them with the mounds of snow and ice…. Once they were full, she brought them in and carried them down to the basement…. When his wife appeared, Hans Hubermann risked his life by throwing a most excellent snowball at her…. Once she recovered, she came down and helped them. She even brought the buttons for the eyes and nose and some string for the snowman smile.”

#49: “On Friday, a statement arrived to say that Hans Hubermann was to be drafted into the German army. A member of the party would be happy to play a role in the war effort, it concluded. If he wasn’t, there would certainly be consequences.”

#50: “You know something Liesel, I was thinking. You’re not a thief at all.… That woman lets you in. She even leaves you cookies, for Christ’s sake. I don’t call that stealing. Stealing is what the army does. Taking your father, and mine… All those rich Nazis up there”

We can help you master your analysis of The Book Thief by taking you through the summary, key characters, quotes and themes. We’ll also help you ace your upcoming English assessments with personalised lessons conducted one-on-one in your home, online or at one of our state of the art campuses in Hornsby or the Hills!

To find out more and get started with an inspirational English tutor and mentor, get in touch today or give us a ring on 1300 267 888!

Tiffany Fong is currently completing a double degree in Media and Communications with Law at Macquarie University. She currently contributes to the university zine, Grapeshot where she enjoys writing feature articles, commentary on current affairs or whatever weird interest that has taken over her mind during that month. During her spare time, Tiffany enjoys reading, writing, taking care of her plants or cuddling with her two dogs. 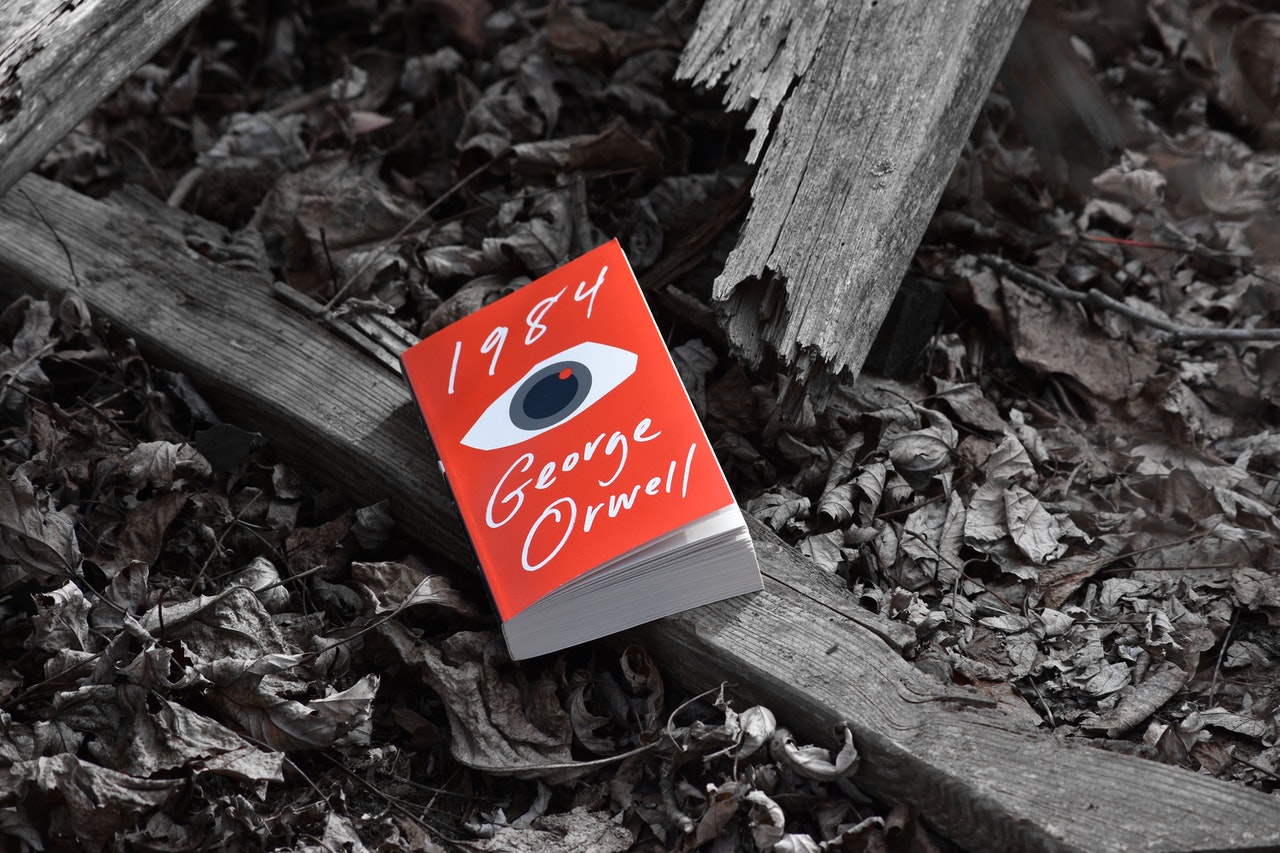 50 Important Quotes You Should Pay Attention to in 1984 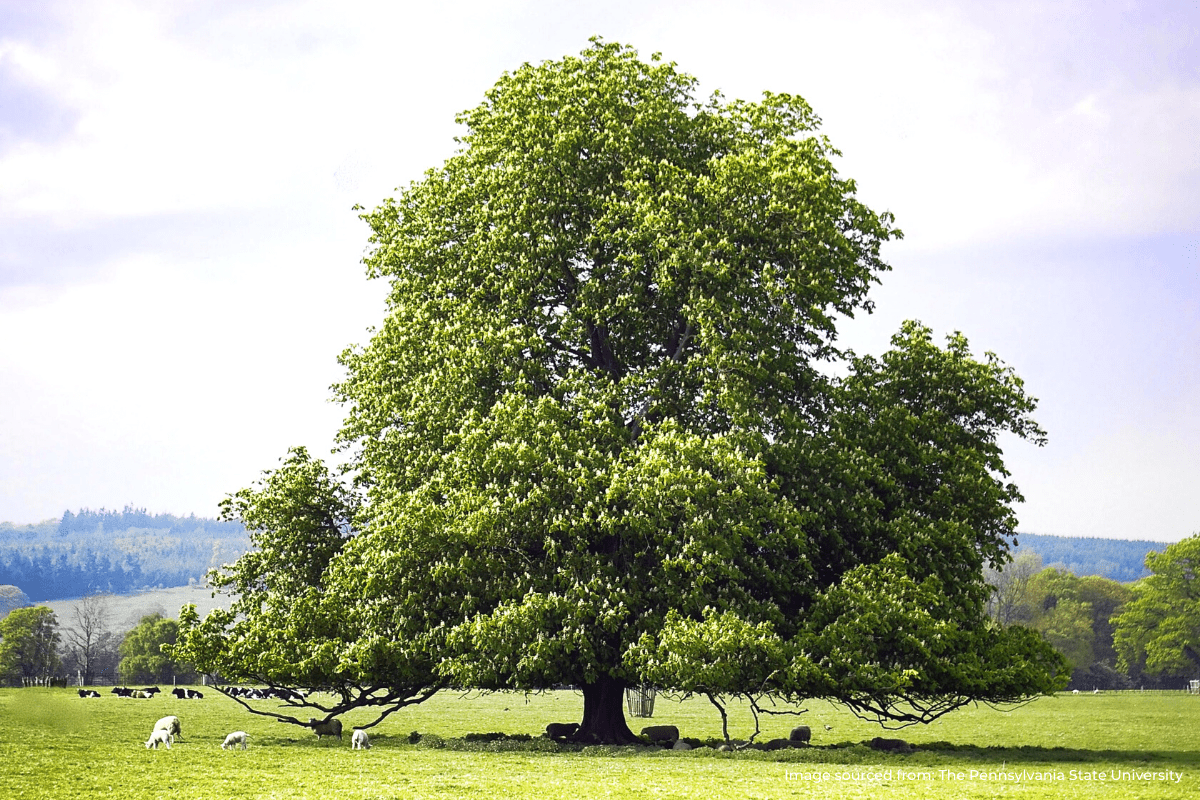